Meet the people bringing you OpenInvest 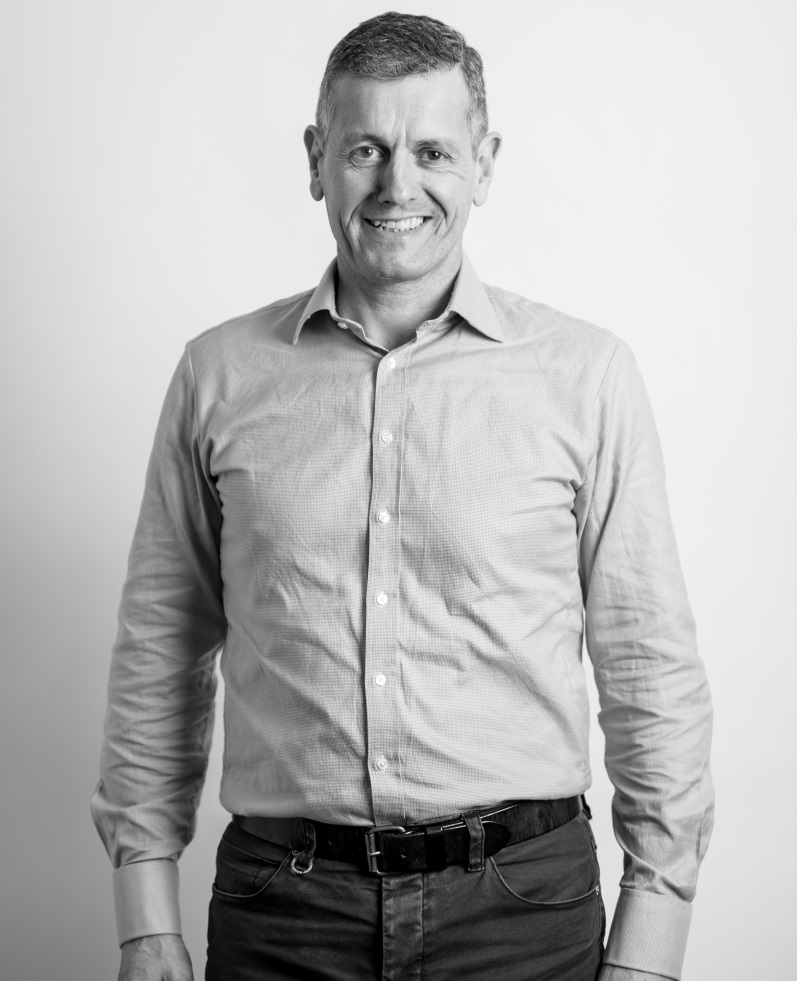 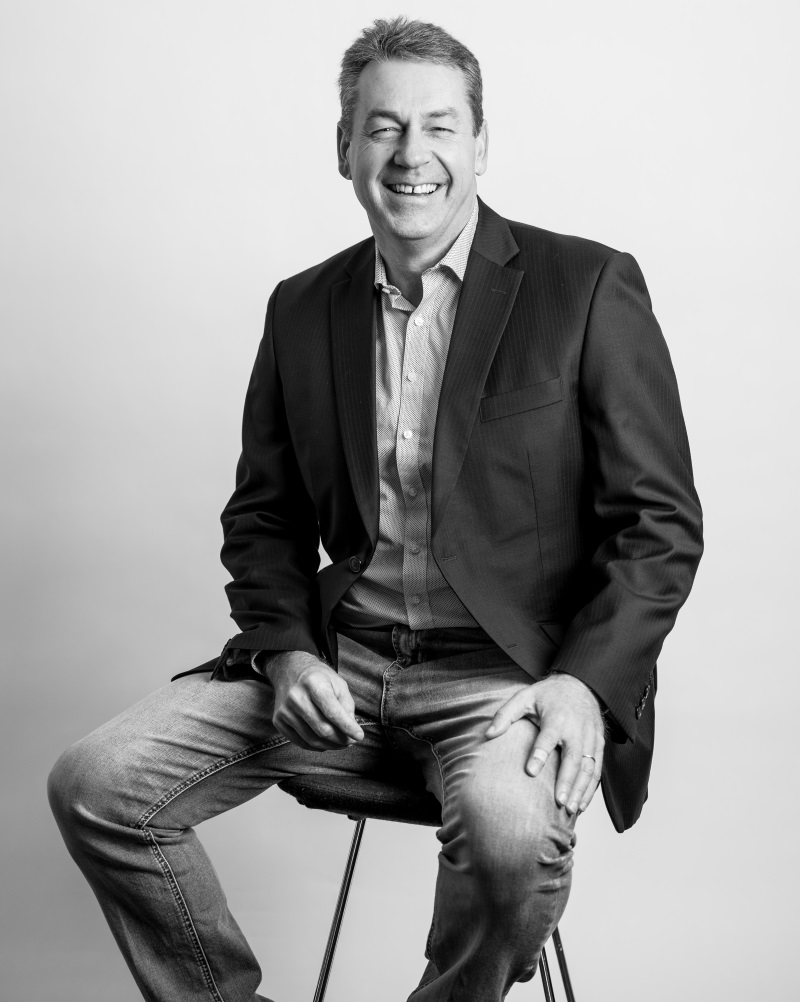 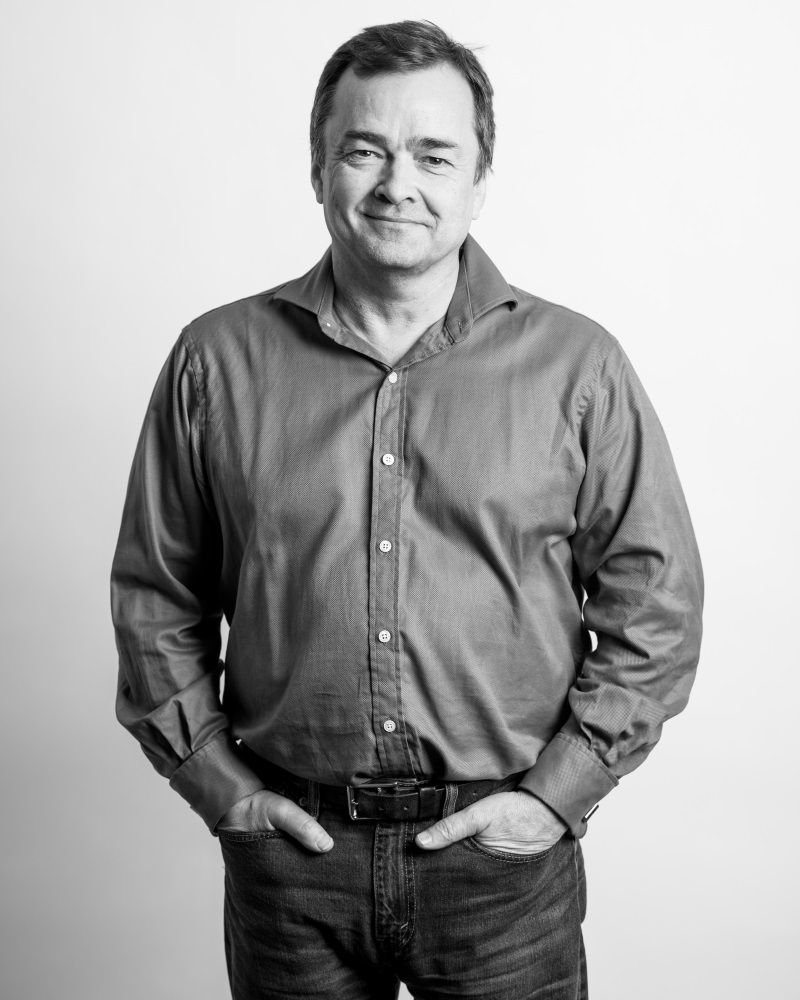 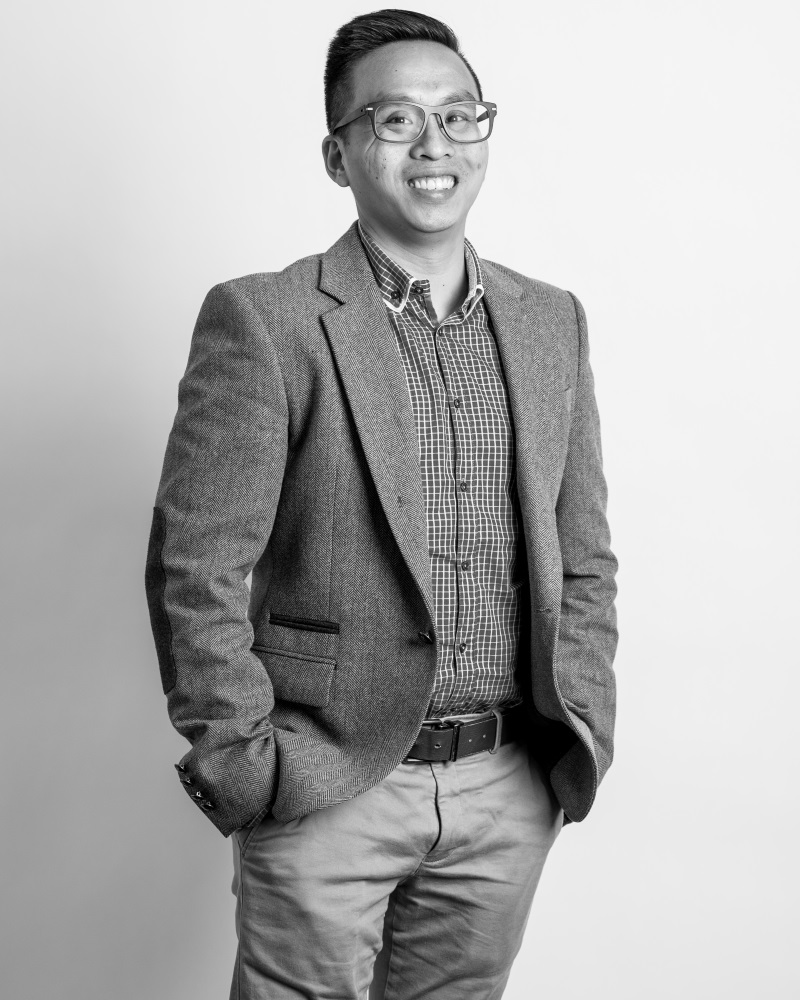 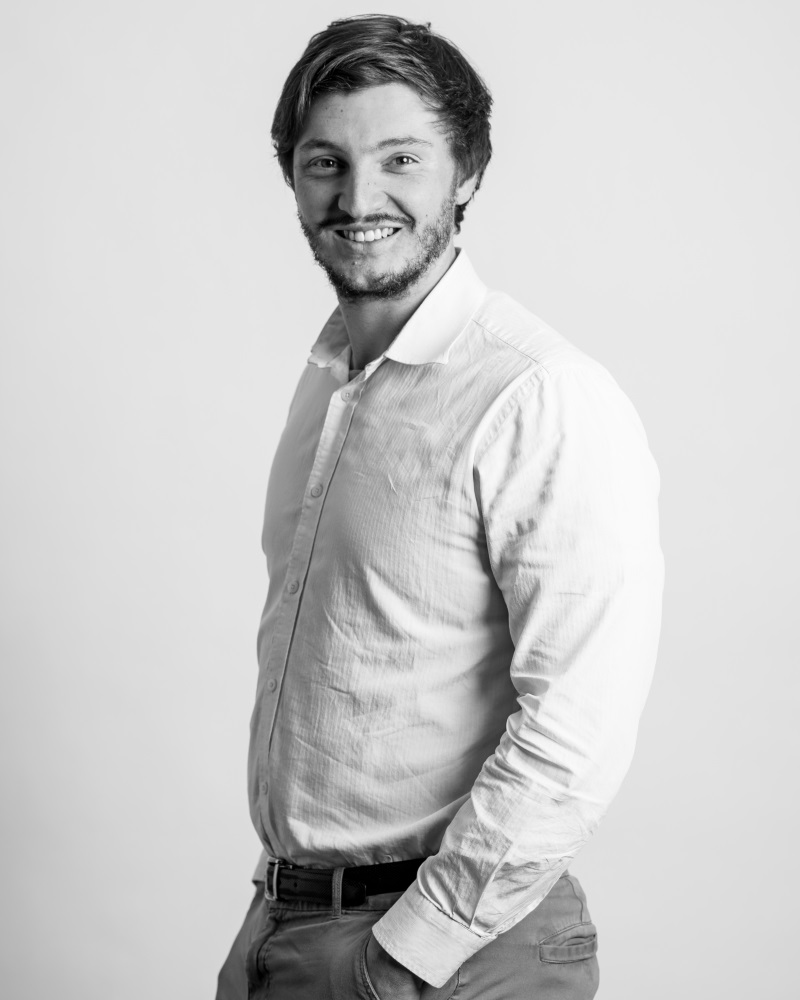 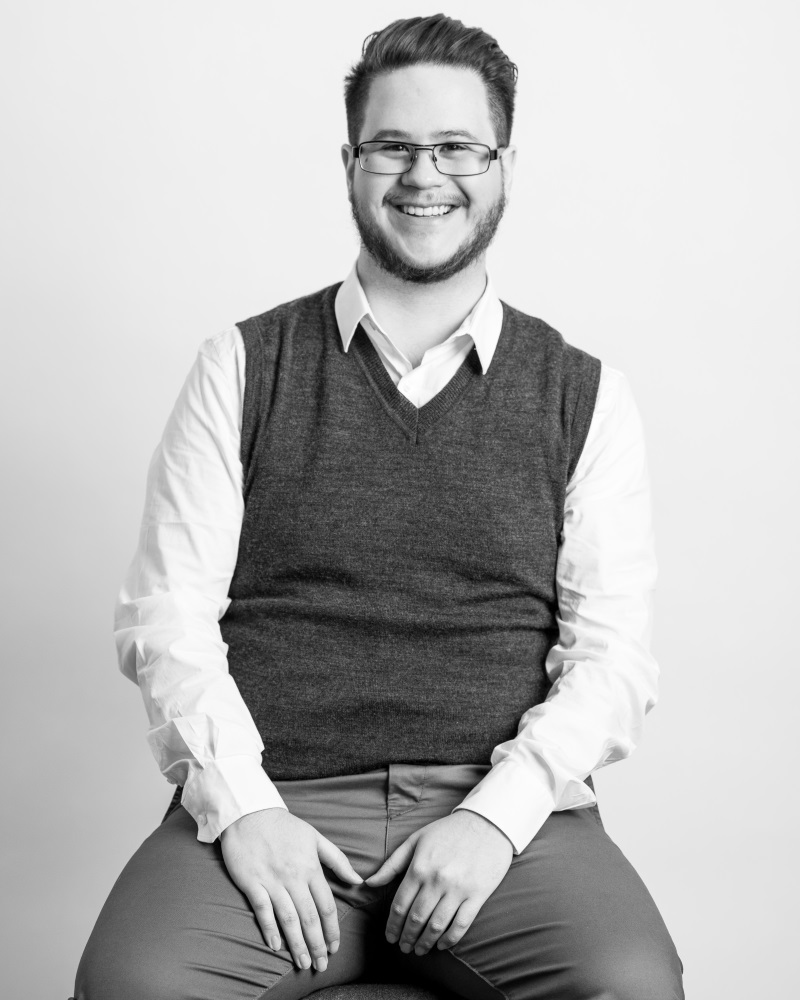 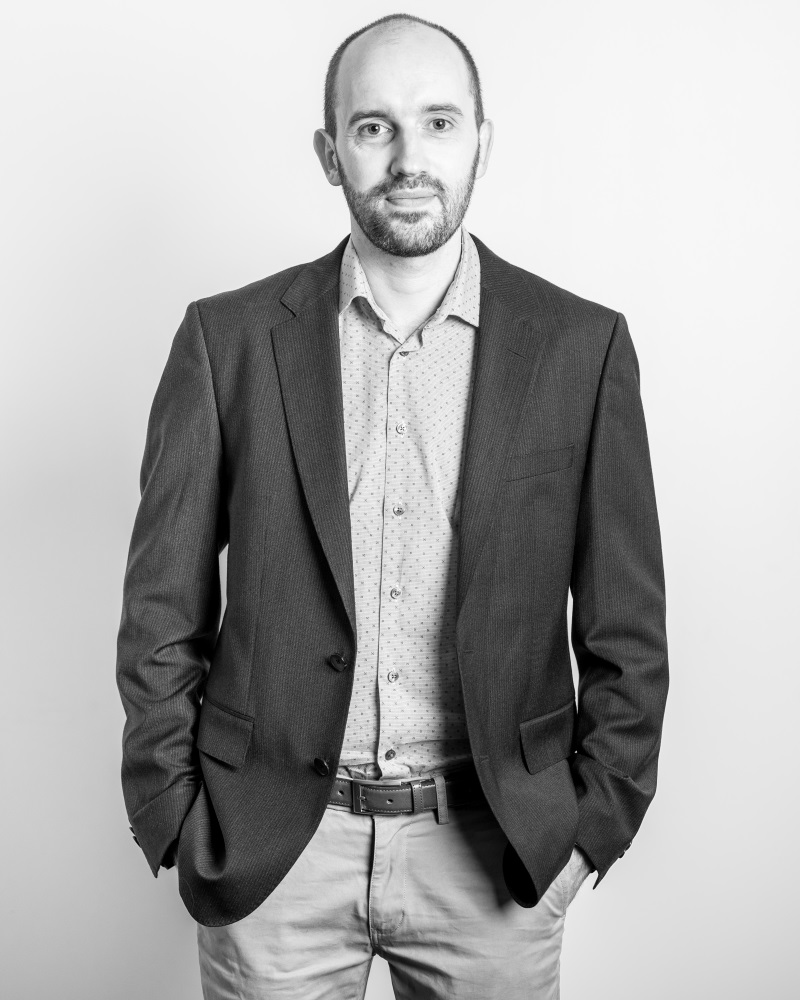 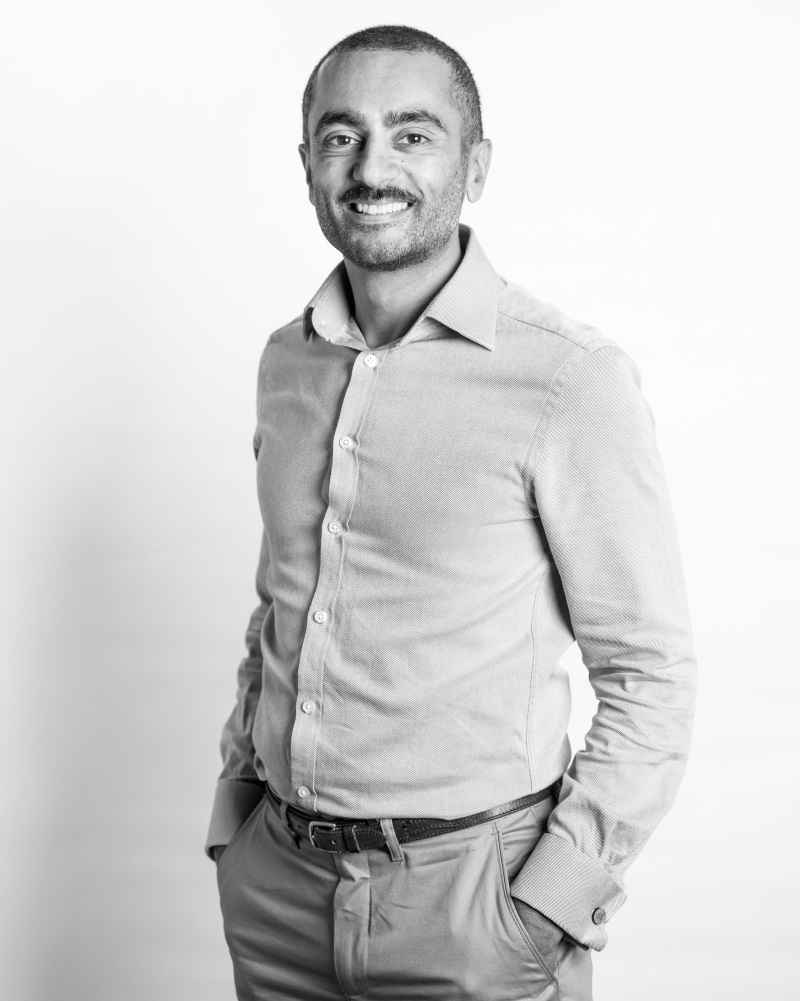 Andrew’s 30-year career includes roles as a lawyer, economist, management consultant, software executive and entrepreneur, in Australia, Asia and the US. For the past 10 years, he has been involved in Australia’s wealth management industry, establishing and running two investment platforms for financial advisers and their clients. He is passionate about building and delivering solutions that are efficient, logical and in the best interests of clients. His previous experience includes senior roles at KPMG and Praemium. Andrew has degrees in Law and Commerce from the University of Melbourne and an MBA from Cranfield School of Management (UK).

James has worked in the financial advice and investment management sector for more than 25 years, developing a unique perspective on what investors need and how to deliver it to them. As co-founder of a Discretionary Managed Account service for Bespoke Portfolio, as Head of Operations for Ventura Investment Management, and now as co-founder and COO of OpenInvest, James has been an industry leader in developing solutions that work well for clients.

Warren has worked in the finance sector for over 15 years, in Australia and globally. Having worked for several of the investment platforms in Australia, including as Solution Architect for one of the first SMA systems in Australia, he is very familiar with the market and the needs of the investors. He holds a Bachelor of Applied Science from Monash University.

Davin has extensive experience in the financial services industry, spanning administration and client services. His attention to detail and commitment to achieving the best outcomes for both the business and clients are enormous assets to OpenInvest’s operations. Davin holds a Bachelor of Business (Management) degree from Monash University and has a Diploma of Financial Services.

Tom comes to OpenInvest after stints at NAB and JP Morgan, where his roles covered broking and settlements, including project-based work to deliver some of the online solutions for nabtrade.

Patrick holds a Master's degree in Information Technology, specialising in data mining and intelligent systems, and has a strong track record of providing bespoke software solutions across a range of industries.

Graham has over 15 years of experience in Information Technology, covering all aspects from software and digital product design and development, to analysis and implementation. After graduating with distinction from the Nelson Mandela Metropolitan University in South Africa, he has been involved in developing digital products for industry leading companies while being based in South Africa, The United Kingdom and now Australia. Graham prides himself on delivering quality products that strike the correct balance between the latest technology, functionality and practicality.

Ravi has worked in consultative and distribution roles in accountancy, financial services, and the investment management industry for over 25 years. After stints at PricewaterhouseCoopers’ London headquarters, and with the UK’s largest consultants to independent financial advisers, Ravi came to Australia to take on a role for the investment management arm of Centrepoint Alliance, Australia’s leading community of financial advisers. His understanding of how to help advice businesses and end clients achieve better outcomes for themselves is exceptional. 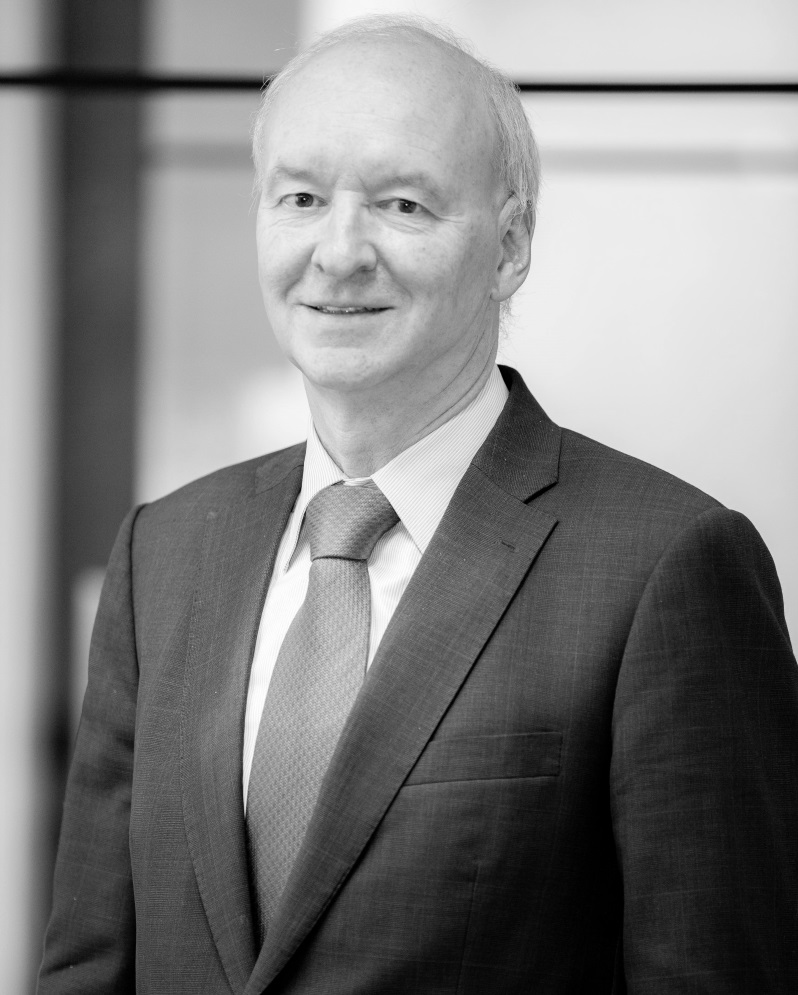 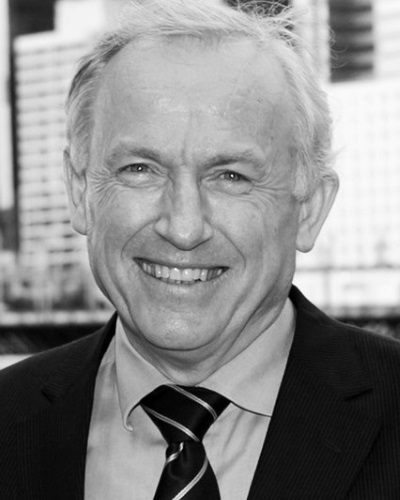 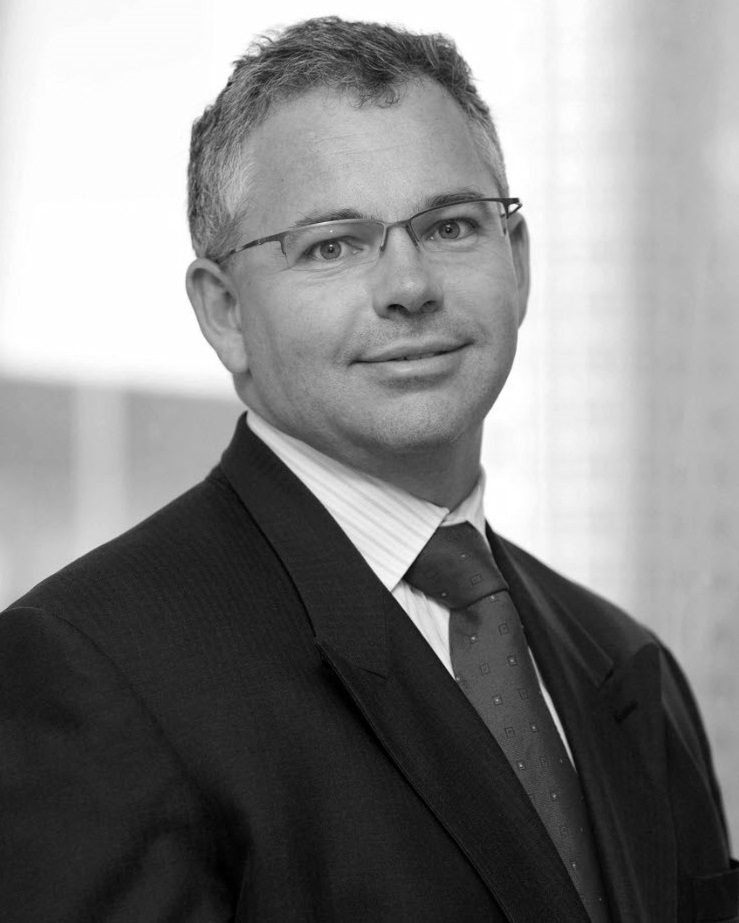 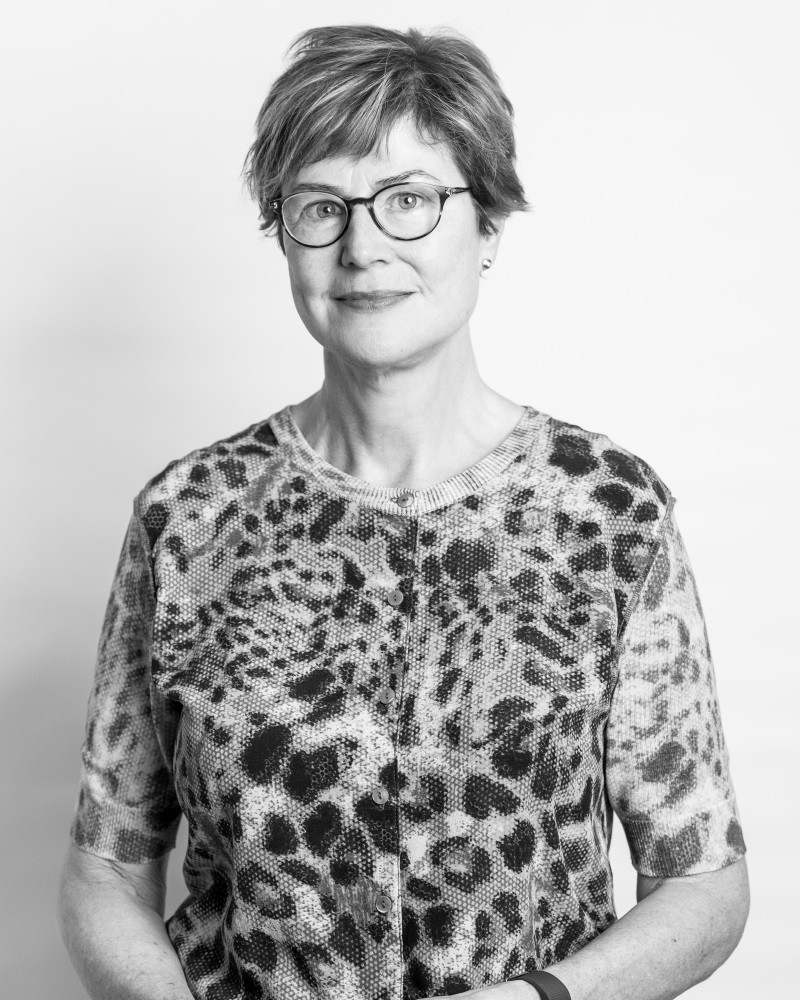 Paul has more than 25 years’ experience in the financial services industry, including 20 years in senior leadership roles with the Commonwealth Bank. Paul was the founding Managing Director of CommSec, Australia’s largest stockbroker with 1.5 million clients, which he ran from 1995-2002, after which he was chairman until 2009. Paul was named Australia’s Stockbroker of the Year in 2005. In 2012 Paul teamed up with Peter Switzer to establish the Switzer Super Report for Australia’s SMSF trustees. He is a regular commentator in the media, and a non-executive director of Tyro Payments Ltd and Property Exchange Australia Ltd.

David is Australia’s foremost consultant on technology and strategy to the accounting industry. He was a partner in a national accounting firm, built and ran a software business which he sold to MYOB, is a former consultant to and CEO of Class Super, and was an initial director of Countplus on its listing. David is a regular speaker on topics relating to the future of the accounting profession, business strategy, process improvement and innovation. He is a former President of the Institute of Chartered Accountants and is a Fellow of Chartered Accountants Australia and New Zealand, CPA Australia and the Australian Institute of Company Directors.

Greg stepped down from his role as CEO and Director of Schroder Investment Management Australia at the end of 2018. He started at Schroders in 2000, based in London, became Head of Distribution in Australia in 2001 and then Head of Product for Asia Pacific in Singapore in 2004. He moved back to Australia to become CEO in 2006. Greg started his investment career in 1992 in Sydney as an Actuarial Analyst and, prior to joining Schroders, was head of the actuarial and consulting practice for Towers Perrin in Asia, based in Hong Kong. He was a Director of the Financial Services Council for over 10 years and Chairman for part of that time. He is currently a Director of the Australian Indigenous Education Foundation, and Kincoppal Rose Bay School. He is a Fellow of the Institute of Actuaries of Australia and the UK.

Susan has over 20 years' experience in senior executive roles in large complex organisations across financial services, consumer services, logistics/distribution, infrastructure and the public sector. Susan has extensive experience in leading customer-focused organisations and in delivering exceptional customer experience, across both private and public sector organisations. Susan delivered strong growth for RACV, overseeing the launch of new businesses and new products in both insurance and home services. She also has extensive governance experience as a member of boards in financial services, consumer services, logistics, and distribution. 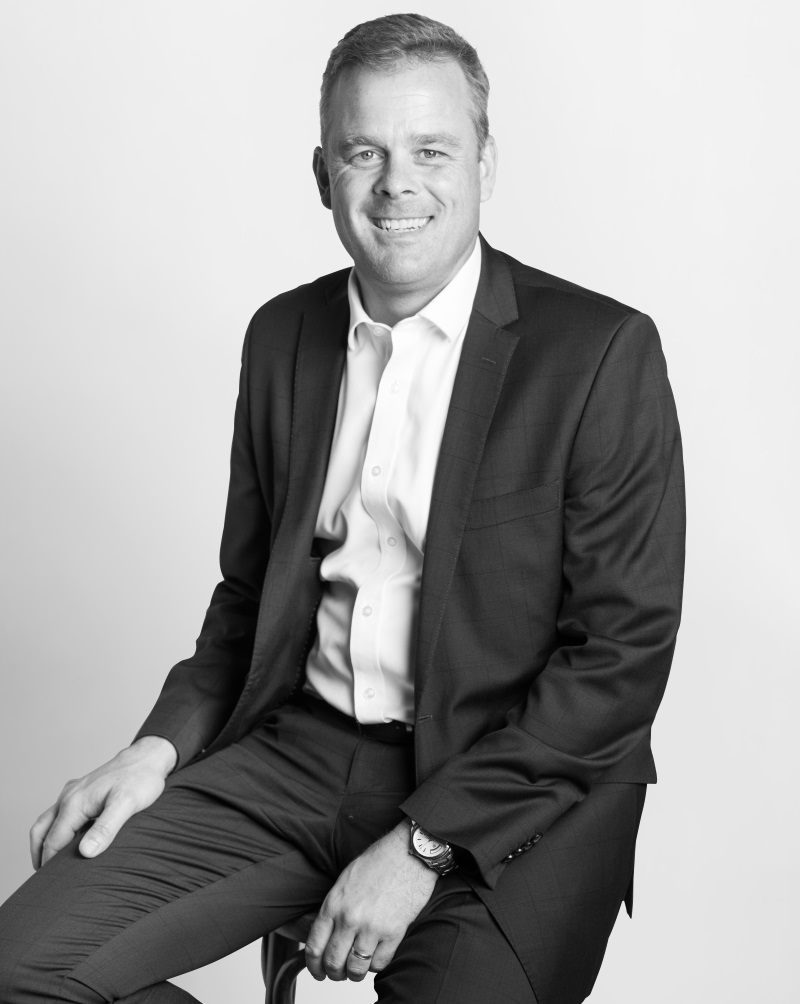 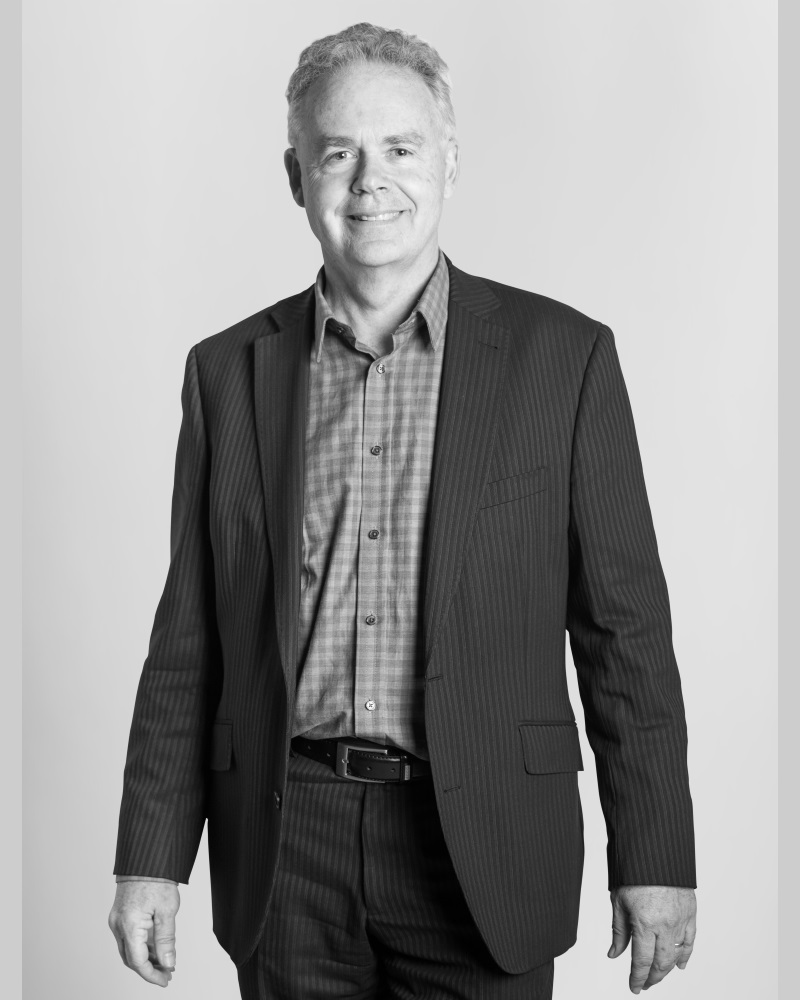 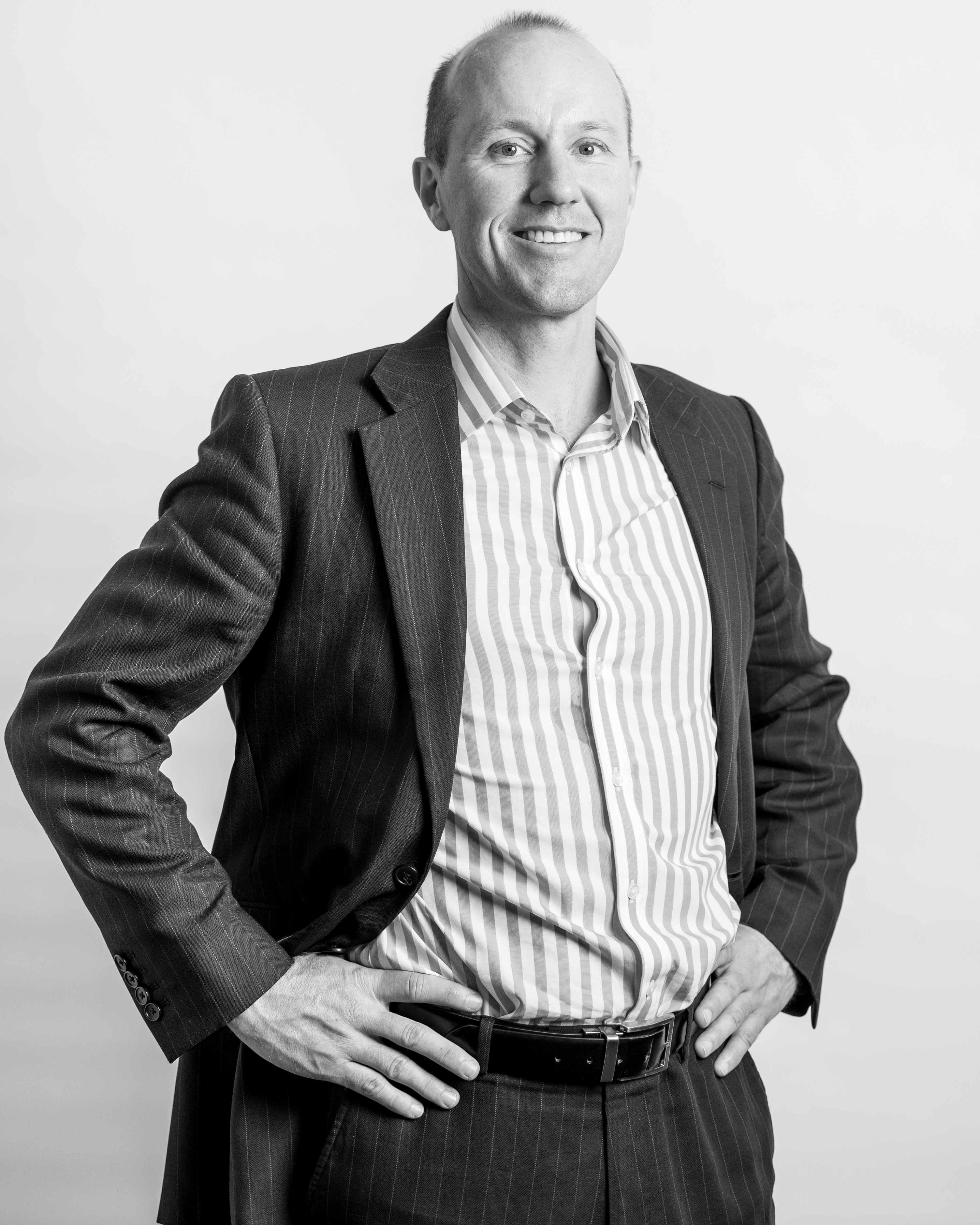 Kath is a recognised as one of Australia’s leading authorities on licensing for accountants. Her 20-year career in the accounting and financial services industry has included roles as a regulator, policy adviser, accountant, financial adviser, head of a licensee, and consultant. Kath is founder and CEO of Licensing for Accountants, and GM of Holley Nethercote Financial Services Compliance Services Division. She is passionate about assisting accountants to be more helpful to their clients as trusted financial advisers

Andrew has had a long and respected career in Australia’s SMSF industry. He co-founded Cavendish Superannuation, Australia’s leading SMSF administrator, administering over 5,000 funds, and became Managing Director of AMP SMSF Administration when the business was acquired by AMP in 2012. He has more than 25 years’ experience in the SMSF industry, including the past seven years as a board member of the SMSF Association, two years of which were as chair. Based in Adelaide, he currently runs his own advisory firm, providing guidance to business owners and professionals.

Graham’s career started at the Commonwealth Bank in 1976 where he headed New Issues before becoming General Manager, Capital Markets. From 1988, he was Deputy Treasurer at the State Bank of New South Wales, after which he was Managing Director, Treasury at NatWest Markets Australia. From 1995, he ran a financial consulting business, followed by 11 years at Colonial First State as General Manager from 2001 to 2012. Graham is a Director of Absolute Equity Performance Fund (ASX:AEG, the listed version of the Bennelong Long Short Equity Fund), on the board of Wealth02, and a member of the Compliance Committee of Lazard Asset Management Pacific. He is Managing Editor of the leading financial newsletter, Cuffelinks. He holds an honours degree in Economics from the University of NSW and a Diploma from the Financial Services Institute of Australasia.

Simon is the founder of Behavioural Finance Australia, providing specialist behavioural finance training and consulting to fund managers, major super funds, and other financial services professionals. He holds bachelor’s degrees in psychology and finance, is a regular speaker, is the author of two books on behavioural finance, regularly publishes articles in a range of journals, and developed our Know Thyself quizzes. Simon has worked as an analyst for Goldman Sachs, a corporate finance executive and within the wealth division of NAB.