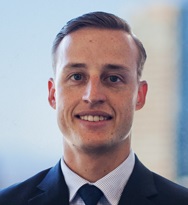 Andrew Gillies
SG Hiscock Analyst
2 16
If you believe politicians, England leaves the European Union on March 19 2019. In anticipation & trepidation, a bombardment of often complicated and convoluted news flow saturates the market.
With information coming thick and fast, it can easily confuse rather than engender understanding. To help form the basis of an understanding, this piece will leave the political arguments aside and aim to outline the key concepts and broad implications for a balanced portfolio.  Simply, we want to understand the following:
• What do we really need to know?
• Why does it matter to us?

What we need to know:

Tensions surrounding Brexit negotiations are at a fever pitch ahead of the upcoming Brexit summit in November, which is closely followed by the EU Council meeting on December 13th. With the potential for a hard Brexit increasingly accounted for by markets, investors have looked to take risk out of their portfolios.
There are less than six months to go before the imposed two-year period of consultation expires, and a capitulation to reality is beginning to set in. There are two main protagonists, Britain and the EU, but the issue is a little more complicated than simple trade talks.
Trying to control the situation, Prime Minister May is in a political Bermuda triangle. On one apex, she has a fragile coalition Government with the DUP (a Northern Ireland unionist party); the other, an opposition party with a dogged focus to undermine her every word; and lastly, divides within her own conservative party. This leaves her with very limited political capital and a very long shopping list.
Consequently, it is incredibly difficult to achieve any result, let alone the one she wants. Rather than going in to great detail about the intricacies of EU politics, let’s focus on the key outcomes and issues facing May and her EU counterparts.
European Chancellor Merkel recently stated “the opportunity to conclude a good, sustainable agreement in a timely fashion remains” but added that Germany “also has begun preparing” for a no-deal Brexit. This was later elaborated on, with Merkel stating that the Brexit deal is seen as 90% complete. On the other hand, sceptics would suggest (correctly but presumptuously) that if the other 10% is Ireland, completion could be a long way off.
In England, Prime Minister May told Parliament that the "implementation period" might need to extend beyond its December 2020 deadline, through to the end of 2021. This will be difficult to sell to hard-line Brexiteers, but something has to give in what is becoming a very high stakes game. Ostensibly, the coming weeks have the potential to deliver a lot of drama in the UK’s political process as things come to a head.
Clearly, the obstacle would appear to be the intricacies of the border between Ireland and Northern Ireland. While both the EU and the UK want to avoid a “hard border”, finding agreement around the matter is nuanced, politically precarious and incredibly difficult. Let alone the tumultuous history of conflict and religious and political violence, the more mundane but vitally important quotidian issues of trade, citizenship and travel come to bear.
Currently, both the UK and Ireland are part of the EU single market and customs union, meaning products do not need to be inspected for customs and standards.  With Brexit this could all change.
To prevent an acrimoniously disruptive departure, the “Backstop” agreement was agreed to in December 2017 with bipartisan support, but to this day the finer details have not been agreed upon. Essentially, the Backstop is a position of last resort to protect the open border on the island of Ireland in the event the UK leaves the EU without securing an all-encompassing deal.
Ideally, the UK and EU would prefer to solve the Irish border issue through an overarching economic and security deal; however, there are many bridges to cross in getting to that point. As the first point in the critical path to any Brexit outcome, we would need to see agreement on the Backstop before any meaningful interaction between the EU and the UK. It is an EU requirement that the backstop is in place before it will agree to a transitional period and substantive trade talks. At the time of writing, the failure to reach an agreement on the Irish backstop at the recent EU Council meeting has raised the Brexit stakes.
So what does the Brexit process look like if an agreement can be reached?  Simply, Prime Minister May needs to strike a withdrawal agreement with her party and Europe that is then ratified by the UK parliament.
The complexities of achieving parliamentary approval seem Sisyphean for Prime Minister May. However, the hope for a potential solution lies in her ability to deliver the UK a limited withdrawal agreement with the EU by mid-November 2018. At a high level, the UK Government can tolerate up to 14 Conservative MPs voting against the motion. Complicating this, there is the threat of ‘no confidence votes’, leadership challenges and scope for another election, all of which would delay the process and push the UK closer to a hard Brexit.

Why does it matter to us?

There will be an outcome – the question for financial markets is what does this outcome look like, and what are the implications for businesses. More specifically, we think about the potential implications for stocks that have earnings exposure to the UK and EU.
We do not bet on the outcome going either way. We are managing our exposure to the volatility that will ensue as we get closer to landmark discussions between the UK and the EU. Clydesdale, our core holding in this space, has endured the most of the recent selling; however, from an Australian perspective, we continue to believe there is good long term fundamental and valuation support that will outweigh short term concerns.

Hard work now begins for the May government. Watching this space!