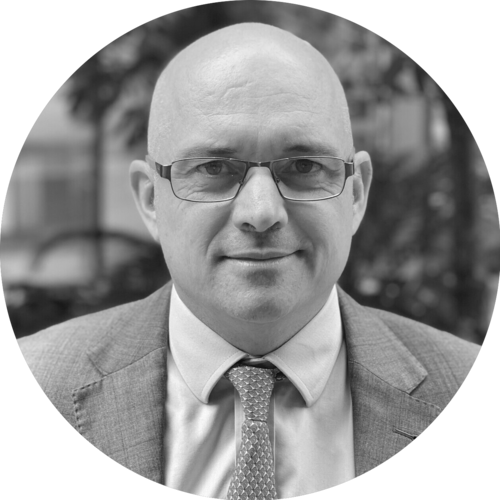 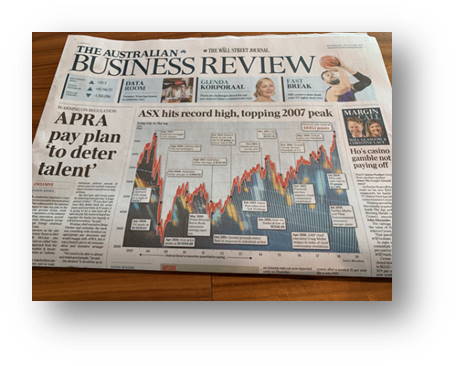 If you read this article in The Australian this week, you may have experienced a bit of cognitive dissonance - a psychologist’s term for things that don’t seem to make sense.
A share market hitting new highs sounds sort of positive but just breaking even after 11 years sounds like a bad outcome.
Even worse, with inflation since 2007 being around 2.5% per annum a dollar invested in the market would actually buy you about 30% less now!
The article even starts by stating that “Australia’s high-flying share-market has finally broken it’s 2007 peak after record-low interest rates fuelled a $400bn rally this year” but there is no doubt that on face value this looks like an appalling result.

Luckily this is just a case of sloppy financial journalism and it turns out that our share market has done much better than the chart in The Australian suggests.
The astute reader will have already thought about the impact of dividends which are inextricably linked with any assessment of a share market’s return.
This is especially true for Australians as our local companies pay out about 5% of their value in dividends each year. This is about twice that of the typical US-based company because our taxation system incentivises companies to return money to shareholders.
In the US, the incentives point more to retaining earnings (and hopefully growing them by more). In any case 2.5% or 5% both compound pretty quickly and on a ‘total return basis’ we got close to getting back to ‘even-stevens’ in 2013, shortly after the US.
The chart below shows the total return for the ASX All-Ordinaries vs the US S&P 500 index. 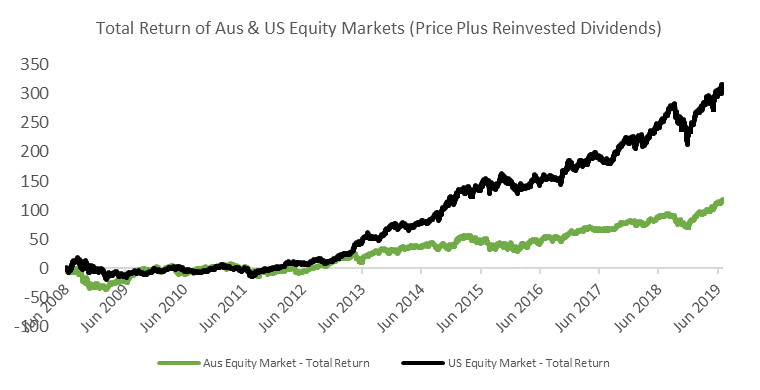 Still a hollow victory for the ASX?

If we take that total return chart back to the mid-90’s we can see that both Australia and the US have done pretty well compared to the rest of the world for a long time (the grey line shows the MSCI World Index). In fact, these economies have really done very well. 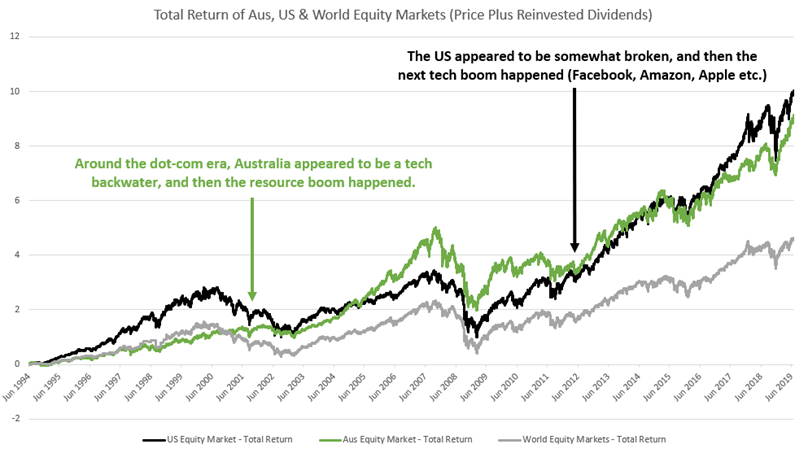 Source:Bloomberg
This is a modest but fairly normal expectation over the very long-term, and about what we would expect on average looking forward.
On the other hand, the US is now more than half of the overall global market due to its relative success, which begs the question: how badly some of the other markets have done?
It’s interesting to note that back in the late eighties Japan was home to the largest equity market in the world and everyone feared then that the Japanese industrial machine would take over the world. In fact, the opposite has happened, and Japan has literally gone nowhere since.
Similarly, Australia was not seen as a global powerhouse in 2000 yet it enjoyed a massive resource boom for the next 10 years (extending through the GFC).
America’s reputation as a financial and tech powerhouse was severely tarnished by 2009, yet the next 10 years saw it race ahead of the world in both economic and market terms.

Where to now for global markets?

These are all clues about what we should expect from different markets in the future as well. You might have noticed a consistent theme: the individual markets did the best just after a period when people had lost faith in their prospects.
Within this apparent paradox there are two more important themes that emerge:
The first area is very easy to talk about but actually very difficult to predict. We can have a stab but the reason why the returns during the boom tend to be outsized is that everyone is… well, so surprised.
We think the best policy here is diversification and to make sure that one is exposed to as many possible future booms around the world.
The second area is much easier to observe and predict but also more difficult to talk about (it involves a little bit of maths).
It concerns what markets participants call ‘valuation’. Put simply this is the fact that Japanese markets were very expensive in the late ’80s (you could use the average ratio of prices to earnings for individual companies to estimate that).
Therefore, a change in economic circumstances had grave impact when investors lost faith (because earnings declined AND that ratio became more normal over time).
The US also looked very expensive by the late nineties but very cheap again by 2009. Australia looked cheap in the early 2000s (now it’s actually very polarised within the market which makes it look deceptively reasonable overall.)
This forward-looking ‘valuation’ thing is really the subject of another article and something that we’ll cover next time.
In the meantime, these market tendencies that we have observed in the charts above may give you a feel for why we think it’s now worth owning a bit less of the markets that have been so successful and why we are looking to diversify into areas that have been less loved by markets, such as Europe, emerging markets and perhaps even Japan.
Lastly, it is worth noting from the chart above that the annual compound difference between the growth rate of the successful US/Australian equity markets and the lacklustre world market since around 1995 was only about 2% per year. Yet over that period that amounted to a gain of 1000% vs 500%.
Clearly, getting markets and valuation a little bit right can make a very big difference over the long-term.