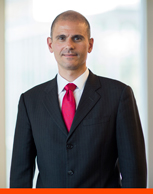 Steve Anagnos
Shaw Co-Head, Income Strategies
0 17
The Australian Share Market, as measured by the S&P/ASX 300 Index, recorded its best quarter since September 2009 – rising 9.5% in price terms and 10.9% including dividends, after having produced the worst quarter since 2011 in the previous quarter.
A strong rebound in global markets was mirrored in the domestic market as bond yields fell, US/China trade talks progressed, central banks pivoted and fears of a slowdown in global growth waned.
Among Australian equity sectors, all sectors posted positive returns during the quarter.
Leading the charge were the software and telecommunication services sectors, up 19.9% and 17.9% including dividends, respectively. These are relatively small parts of the Australian market, comprising 2.45% and 2.82% of the market. Globally, these sectors are much more significant and there are signs that local investors are ‘paying up’ for these sectors to catch the global tailwind.
Whilst defensive industrial sectors such as food and staples retailing performed relatively well in the December quarter,  these sectors performed relatively poorly in the March quarter, with the exception being the bond proxies, such as Real Estate Investment Trusts (REITs) (up 14.4% including dividends) and the utilities sector (up 11.6% including dividends).
There are 32 REITs in the ASX300 index and the best, Charter Hall Group (CHC) posted a 38.4% gain. The worst, Vicinity Centres (VCX) was flat.
The largest component of the S&P/ ASX 300 Index is the banking sector (21.9% index weight), which rose only 2.0% in price terms and 3.0% including dividends, extending the period over which banks have underperformed the index.
The second largest - but closing in on being the largest - sector, materials (18.9% index weight) rose 17.7% including dividends, with bellwether BHP up 12.5% despite paying over $2.20 in dividends!
Energy sector returns recovered following a bounce in the oil price. West Texas Intermediate oil prices rose 32.5% in the quarter and this pushed the sector up 15.2% after dividends, with heavyweight Woodside Petroleum (WPL) up 10.5%.
The worst performing sector was banks, followed by food and staples retailing where first-half profit results were disappointing. Woolworths (WOW) rose only 3.3% and rival Coles Group (COL) rose only 0.9%.
Global equity markets also performed strongly in the March quarter, with the MSCI World ex-Australia Index in Australian dollars up 12.6%. Quite astonishingly, this brings compound returns over the past ten years from global equities to 14.8% per annum – highlighting the importance of global diversification for Australian investors.
Bond markets rallied on the back of lower long-term interest rates with the Bloomberg AusBond Composite (0+Y) index up 3.4% and bank bills returning 0.5%. The spread between 90-day bank bills and cash fell from 59 basis points at the end of December to only 27 points at the end of March – a strong sign of easing credit conditions.
Long-term interest rates in Australia hit a record low of 1.72%, and measures of housing activity continued to show weakness, suggesting the broader economy is coming off the boil somewhat.
Market measures of risk or volatility, fell significantly during the quarter, suggesting investors have become comfortable with the likely path of inflation, interest rates, growth and trade.

Comments 0 show comments hide comments
Learn more
Follow
With a national presence and over $18 billion of assets under advice, Shaw and Partners offers the intimacy of a boutique investment firm, backed by the resources and scale of a major financial group, EFG International.

At Shaw and Partners, we offer tailored advice and investment solutions, financial planning and corporate advisory services. We act for and on behalf of individuals, institutions, corporates and charities. We are client-focused, having helped our clients manage and grow their financial assets for over 30 years. Our emphasis on integrity has enabled us to achieve very high levels of client satisfaction while unlocking opportunities of significant value.

Backed by fresh thinking, robust research and some of the nation’s best investment and wealth experts, our business has been designed to meet the growing needs of our clients. Shaw and Partners offers access to an extensive team of private client advisers, institutional sales and trading specialists, market-leading research analysts and strategic corporate financiers.

By working closely with clients and targeting their needs, we have forged strong long-term relationships. So, whether you are an ordinary investor, high net worth individual, charity, institution or corporate, our goal is simple: to listen to you, then act according to your needs alone.