Can Volkswagen catch Tesla in the electric vehicle race? 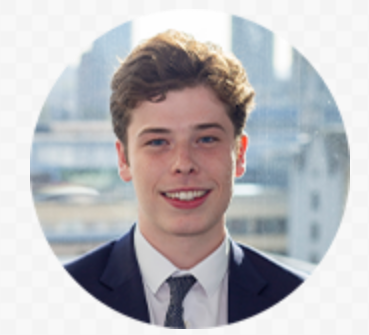 Rodrigo Kohn
European Equities Analyst
0 9
Tesla’s vehicle deliveries soared in 2021 but legacy automakers are running a marathon, not a sprint.

Tesla raised some eyebrows last month as it unveiled an 87% year-on-year rise in vehicle deliveries to over 936,000. In terms of battery electric vehicles (BEVs), this puts it some distance ahead of its European rivals, including Volkswagen AG with less than a half of Tesla’s deliveries (452,900). 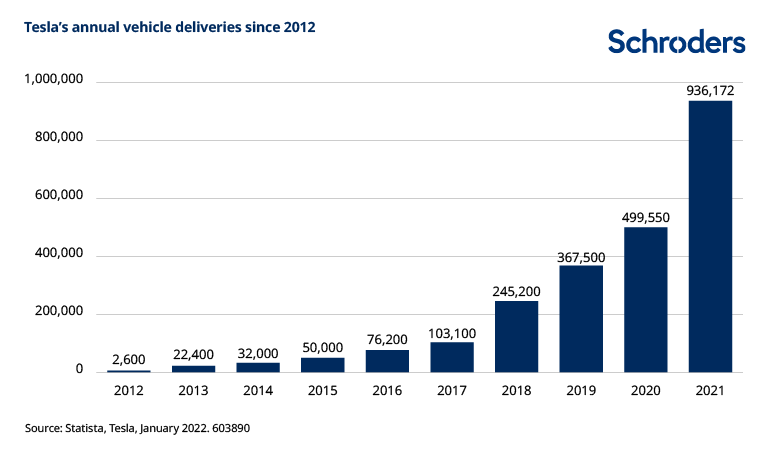 There are three main reasons for Tesla’s significant outperformance versus its rivals when it came to the delivery of BEVs in 2021:

Meanwhile, with BEV demand soaring across Europe and China, Tesla’s established portfolio of Models S, 3 and Y offered choice to the consumer without compromising on performance. By contrast, most legacy European carmakers were only really moving towards their first serious next-generation BEV launch (Renault’s ZOE, Stellantis/Peugeot’s e-208 and VW’s ID3).

Among the traditional automakers, Volkswagen can be considered an innovation leader when it comes to BEVs. However, it can’t hide from the fact it has a legacy cost base to manage. After all, those BEV deliveries of 452,900 come in the context of total vehicle deliveries of nearly nine million.

For Volkswagen, the production of internal combustion engine (ICE) cars has to be managed down carefully so as not to drop volumes below the profit breakeven point. There are also staff who need retraining on electric vehicle production.

Perhaps most importantly, Volkswagen has a shareholder base that could be spooked by any dilution in profit margins. A faster switch to BEV production last year would certainly have brought about a fall in profit margins. Despite an accelerated drop in battery cost, the most profitable BEVs are still only at breakeven operating margins.

So far, the stock market has been willing to reward Tesla for the future profitability of its BEVs, but hasn’t done the same for the traditional carmakers.

Volkswagen wants to produce more BEVs than Tesla but has set 2025 as the deadline for this. This seems realistic given the budget: Volkswagen has €52 billion of BEV-related investment coming over the next five years and a total budget relating to BEV, hybrids and software of €89 billion. On research & development spend alone, Volkswagen’s annual spend of €15-20 billion p.a. dwarfs Tesla’s current $1.5 billion.

It’s not all about the BEV race

Other companies have different strategies and are not competing in the same BEV race. Stellantis, formed by the merger of Fiat Chrysler with Peugeot, is one such example.

Despite a very successful roll-out of early BEVs, Stellantis is now one of the few carmakers that believes a mixed powertrain strategy of BEV, PHEV (plug-in hybrid EVs) and MHEV (mild hybrid EVs) is the most efficient way to achieve both industry-leading profit margins and compliance with emissions regulations.

The key thing with Stellantis is that mass-market products dominate the brand portfolio. As BEV profit margins improve, government subsidies for purchases will taper off. This means that the process of BEV adoption for the less wealthy consumer will be far more gradual, leaving companies like Stellantis to continue to service their needs via hybrids.

A highly cost-efficient platform approach is required for this, so good execution of such a strategy is crucial. That said, if CEO Carlos Tavares’ record on improving profit margins at Peugeot is anything to go by, Stellantis stands a good chance of being the carmaker to pull this off.

This material has been issued by Schroder Investment Management Australia Limited (ABN 22 000 443 274, AFSL 226473) (Schroders) for information purposes only. It is intended solely for professional investors and financial advisers and is not suitable for distribution to retail clients. The views and opinions contained herein are those of the authors as at the date of publication and are subject to change due to market and other conditions. Such views and opinions may not necessarily represent those expressed or reflected in other Schroders communications, strategies or funds. The information contained is general information only and does not take into account your objectives, financial situation or needs. Schroders does not give any warranty as to the accuracy, reliability or completeness of information which is contained in this material. Except insofar as liability under any statute cannot be excluded, Schroders and its directors, employees, consultants or any company in the Schroders Group do not accept any liability (whether arising in contract, in tort or negligence or otherwise) for any error or omission in this material or for any resulting loss or damage (whether direct, indirect, consequential or otherwise) suffered by the recipient of this material or any other person. This material is not intended to provide, and should not be relied on for, accounting, legal or tax advice. Any references to securities, sectors, regions and/or countries are for illustrative purposes only. You should note that past performance is not a reliable indicator of future performance. Schroders may record and monitor telephone calls for security, training and compliance purposes.