How we see Australian financial institutions 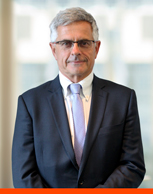 The avoidance of a Labor government, a likely reduction in the interest rate used to judge serviceability of home loans and interest rate cuts all point to the end of falling house prices. Loan applications for both home and business loans are increasing after a forlorn 6 months. The April credit growth data provided by the RBA showed the highest monthly home loan growth this year.
CBA and WBC reported that the average size of new home loans increased by 1% and 2%, respectively, from 2H18 to 1H19, which suggests house price declines were due to stop anyway.
The post-election rally in major bank share prices has meant that they reflect long term loan growth rates between 3% and 4%, which is consistent with nominal GDP.
Further large increases in bank share prices are reliant on the expectation that earnings upgrades are coming. Such upgrades could come from higher loan growth forecasts, an improved outlook for net interest margins and the threat of higher capital requirements on the part of RBNZ retreating.
The more problematic of these sources of upgrade is margins because a reduction in the cash rate typically brings lower deposit margins. The extent to which this is an issue depends on the approach taken by banks to reducing interest rates on home loans and deposits. CBA and NAB will pass on the interest rate cut in full to variable home loans while WBC and ANZ will pass on 20 bps and 18 bps, respectively.
The pressure will be on the banks to recover these rate cuts from depositors but the early signs are that this could be difficult. All major banks are offering special 4-month deposit rates which are higher than they were a few months ago.
Earnings upgrades are unlikely and the upside potential is limited. The greatest share market optimism surrounds CBA which is reflected in its price. This is understandable given its leading position in domestic housing.
While there are no outstanding major banks, the favoured positions are WBC and NAB.

MQG always says that its outlook is subject to market conditions. The reason they always include this is because it’s always true.
FY20 is forecast by MQG to be a slightly weaker year than FY19 because they consider it will be hard to replicate the success of FY19. They expect gains from asset sales to fall and trading income to fall.
Offsetting factors include the greater impairments in FY19, a higher cost to income ratio in FY19 and the large amount of capital to be invested by its MIRA funds. These 3 factors can produce a modest increase in profit from FY19 to FY20.

Declining interest rates lead to profit downgrades. The higher the combined operating ratio (COR) and the higher the size of the fixed interest investments (relative to its total investments), the larger the downgrade.
QBE is the most exposed to downgrade risk. A 50 bps reduction in interest rates on all its investments leads to a 10% earnings downgrade, approximately.
The potential downgrades for IAG and SUN are 3% and 4%, respectively. IAG has the lowest potential downgrade because it has the lowest COR and the smallest investment in fixed-interest securities.

Comments 0 show comments hide comments
Learn more
Follow
With a national presence and over $18 billion of assets under advice, Shaw and Partners offers the intimacy of a boutique investment firm, backed by the resources and scale of a major financial group, EFG International.

At Shaw and Partners, we offer tailored advice and investment solutions, financial planning and corporate advisory services. We act for and on behalf of individuals, institutions, corporates and charities. We are client-focused, having helped our clients manage and grow their financial assets for over 30 years. Our emphasis on integrity has enabled us to achieve very high levels of client satisfaction while unlocking opportunities of significant value.

Backed by fresh thinking, robust research and some of the nation’s best investment and wealth experts, our business has been designed to meet the growing needs of our clients. Shaw and Partners offers access to an extensive team of private client advisers, institutional sales and trading specialists, market-leading research analysts and strategic corporate financiers.

By working closely with clients and targeting their needs, we have forged strong long-term relationships. So, whether you are an ordinary investor, high net worth individual, charity, institution or corporate, our goal is simple: to listen to you, then act according to your needs alone.